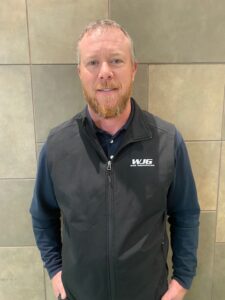 I was born in 1978 In Archer City, TX while my father was stationed for the Air Force. They later settled in Maine where I resided and lived until 2010. Growing up in the great outdoors of Maine my childhood was filled with getting lost in the woods, small town baseball games, fishing from the local dam, disappearing all weekend on snowmobiles and running home as the streetlamps were coming on. I learned firearms safety at a very early age and hunted at every opportunity possible. At the age of ten I was consumed by archery, shooting both a recurve and a compound bow. I competed at small local club 3D shoots deep in the woods of Maine through my teenage years and took my first whitetail with a bow at age 14. The discovery of my love for dirt bikes occupied most of time from spring thaw to the first snow fall.  I continued to hunt with rifles and Muzzleloaders but stepped away from archery until I was 40 years old.

I graduated from High School in Newport, Maine in 1996 and by 2000 I was working my dream job as an Engine Builder and Custom Machinist for the most well-known performance shop in the tri-state area. I’ve been a gear head and adrenaline junkie since I was old enough to walk. I ended up racing snowmobiles, some low level drag racing of cars and later was involved in a pretty serious level of Late Model asphalt oval track car racing. I got married and had two daughters who are now 18 and 21. My first sales job was in 2012 when I took an opportunity working for a large insurance company where I immediately had success while becoming the top agent in Florida in my first year. I returned to Texas in 2016 to open a service-based business in the Houston market.

I’m very excited to be working in an industry that surrounds me with people who share the same passion and love for the outdoors that I have.